According to cannabisMD, CBD has become more popular than Beyonce, Kim Kardashian, and Veganism in Google search interest.

cannabisMD is an online library offering medical information on CBD and medical cannabis.

“Looking at 2018 trends, CBD grew by over 260 percent in popularity online, whereas Beyonce and Kim Kardashian remained stable, but showing a slow downward trend versus the previous year,” Joshua Neilly, CIO of cannabisMD, told Benzinga.

CBD passed Beyonce in April 2018, and has since then held the lead, which continues to grow.

“Consumer interest in CBD continues to increase at double the pace year of year. And more products are flooding the marketplace – causing enormous clutter and confusion with varying results depending on quality of a specific product,” said Michael Klein, CEO of cannabisMD.

It took CBD until February 2019 to surpass the popular topic of veganism, two subjects which share a similar audience.

“We are also seeing communities forming around specific topics and CBD,” Klein said. “For example, CBD and anxiety, or CBD and sleep. Members of these communities are looking for an authority voice to guide them through their journey of discovery – and that is where cannabisMD plays an important role. Ultimately we want to educate and keep consumers safe.”

You can see all the charts pitting CBD against all three topics here.

Study: CBD Will Not Cause a Failed Drug Test, CBN Will

A study from the University of Utah Health Sciences Center shows that someone taking CBD will not fail a drug test for marijuana, but someone who takes CBN will.

The study findings, which were presented at the 71st AACC Annual Scientific Meeting & Clinical Lab Expo, may save people from the consequences of failing a drug test due to a false positive, according to the researchers.

Researchers tested how CBD, CBC, CBG, and CBN would react against the Microgenics MultiGent Cannabinoids test and the Beckman Coulter Emit II Plus Cannabinoid tests.

They added 1,000ng/ml of each cannabinoid to three batches of clean urine and conducted the tests.

CBD, CBC, and CBG did not cause a false positive in any either test, but CBN had a significant reaction with the Beckman Coulter Emit II test.

Further testing revealed that the Emit II test reacted with as little as 100ng/ml of CBN.

“If physicians and laboratorians know a patient is taking CBN, they can consider that if they get a positive from an immunoassay. On the flip side, providers can also be more certain when they get a positive marijuana result that it’s not due to pure CBD oil alone. These results are always assay dependent, though, so the field needs to keep this in mind.”

A new memo released by the Navy on Wednesday has banned its sailors from using CBD.

The Navy acknowledges that the passing of the 2018 Farm Bill legalized hemp-derived products for civilians, but the branch’s policy does not allow for their use.

“Navy policy has not been affected by the passage of the Agriculture Improvement Act of 2018, and all products derived from hemp or marijuana are still prohibited. While currently deemed legal for civilians in some states, all hemp and CBD products are strictly prohibited for use by Sailors,” states a press release about the memo.

The release goes on to give the reasoning behind the policy, which notes that the FDA does not regulate CBD products, making it impossible for personnel to know the cannabinoid concentration of a product.

In particular, using a hemp-derived product could cause a Sailor to test positive for THC.

If that were to happen, a Sailor could receive an “Other Than Honorable” discharge, which could “affect future veteran’s benefits and employment opportunities.”

The same day, NASA also warned its employees about using CBD products, providing much of the same reasoning that the Navy did.

If NASA employees test positive for THC, they could be fired.

A new survey by Gallup conducted from June 19-July 12 shows that nearly one in seven Americans use CBD.

Respondents were first asked about their familiarity with CBD, and 35% of those surveyed said they had no familiarity.

CBD was most commonly used among the 18-29 age group (20%) with the usage rate progressively declining.

Those using the cannabinoid are also more concentrated in the West (21%), then the South (13%), and equally in the Midwest and East (11%).

The survey also asked respondents about what condition or purpose they use CBD for, of which the most common response (40%) was pain relief.

Respondents’ second-most common purpose at 20% was anxiety, and sleep and insomnia came in third at 11%. 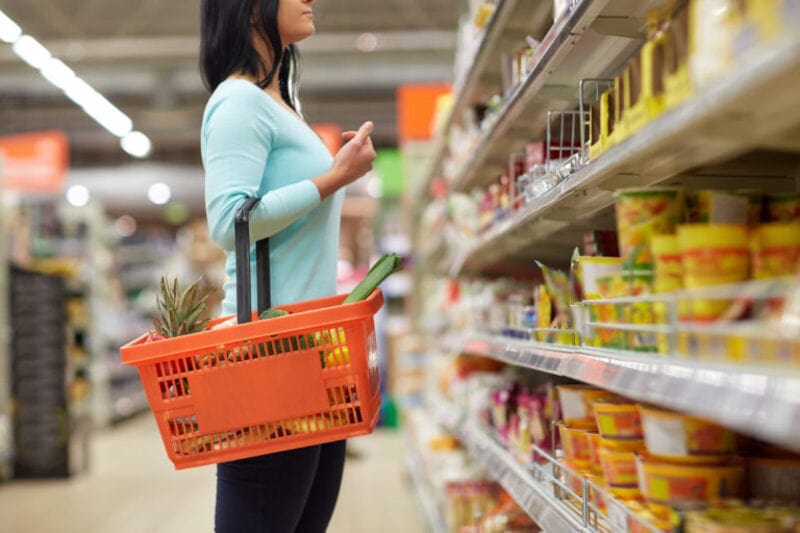