Everybody needs good rest to be productive, but it can be difficult to achieve, especially with a sleep disorder. Sleep medications have adverse side effects, such as gastrointestinal issues, headaches, and daytime drowsiness. However, cannabidiol (CBD) may be a safer alternative and just as effective. Studies as early as the 1970s until the present day have suggested CBD as a potential therapy for sleep disorders including insomnia. With the growing support of scientific research, CBD is a viable treatment for a good night’s rest.

An Overview of Sleep Disorders

Many people have trouble sleeping some of the time, but if an individual is consistently finding it difficult to sleep, this could be a sign of a sleep disorder.

According to the American Sleep Association, 50-70 million adults suffer from some type of sleep disorder, including both short-term and chronic disorders. The effects of sleep disorders or sleep deprivation can be dangerous, as drowsy driving causes 1,550 deaths and 40,000 nonfatal injuries annually in the United States.

Several sleep disorders exist, but the most prevalent are:

Insomnia is a sleeping disorder where an individual has difficulty falling asleep or staying asleep. Causes of insomnia include disruptions of regular sleeping patterns, psychological conditions, medications, or technology use before sleeping.

Using technology with lights before bed is a hindrance to sleep because light suppresses the secretion of melatonin, a hormone that promotes sleep. In particular, blue light more strongly suppresses melatonin. Many devices are equipped with a blue light filter, which may help prevent melatonin suppression.

Some symptoms of insomnia are waking prematurely, daytime drowsiness, inability to focus, headaches, and depression or anxiety. Insomnia itself can be a symptom of a secondary condition, or of another sleep disorder.

Obstructive sleep apnea is more common and happens when the throat muscles relax, blocking the airways. The brain briefly awakens the individual to unblock the airway, preventing him or her from reaching the deep sleep stages.

In central sleep apnea, the brain does not send the proper signals to the muscles which control breathing. As a result, the individual may stop breathing for a short period, and may wake up with shortness of breath or have trouble staying asleep.

Symptoms include excessively loud snoring, shortness of breath that causes sudden awakenings, pauses in breathing while asleep, and daytime drowsiness.

Many people with sleep apnea do not realize they have it and it is usually only noticed by a sleeping partner.

Restless legs syndrome (RLS) is a neurological disorder affecting the area of the nervous system which controls the movement of the legs. The cause of RLS is unknown in most cases, but genes, medication, and some chronic diseases may be contributing factors.

People with restless legs syndrome experience uncomfortable sensations in their legs (and sometimes other body parts) which causes an irresistible urge to move their legs. These symptoms are generally worse at night when resting, which is why RLS is considered a sleep disorder.

Narcolepsy is a chronic neurological disorder where the brain does not properly regulate sleeping cycles. Narcolepsy causes sleep interruptions at night and during the day, where people may fall asleep in the middle of daily activities, such as driving. The cause of narcolepsy is unknown, but links to autoimmune disorders, genetics, and injury have been found.

The symptoms of narcolepsy include daytime drowsiness, cataplexy (an attack of sudden muscle weakness or paralysis; resembles paralysis of the muscles during REM sleep), sleep paralysis, and hallucinations.

Before getting into how CBD can help people sleep better, it is important to understand how sleep and sleep disorders function.

Non-REM sleep is broken into three stages (formerly four) that lead up to REM sleep. Stage one is a period of light sleep where an individual is to able to respond to external stimuli. During stage two, consciousness completely fades. People spend the most amount of time in stage two when memory consolidation and information processing occur.

In stage three, which precedes REM sleep, people are in their deepest sleep, and this is the most difficult time to wake someone. Further memory consolidation occurs and dreams become more frequent.

REM (rapid eye movement) sleep is characterized by muscle paralysis, vivid dreams, and brain waves that are similar to wakefulness periods. During REM, memory is encoded, and more information is processed. REM sleep also allows a time for the brain to be cleansed of neurotoxins, such as beta-amyloid, a major contributor to Alzheimer’s disease.

These medications attempt to improve sleep by binding with receptors in the central nervous system or increasing the effects of the neurotransmitter gamma-aminobutyric acid (GABA), which inhibits nerve activity to promote sleep.

Some side effects of sleep medication include:

Sleeping pill side effects can create complications worse than the symptoms of the sleep disorder they are trying to treat and may inhibit a patient’s activities during the day.

On the other hand, research on CBD suggests it has a better safety profile than some medications and is a potentially effective alternative treatment.

How CBD May Treat Sleep Disorders

CBD has been shown to help insomnia and other sleep disorders, especially when they occur because of other conditions, such as post-traumatic stress disorder (PTSD) or anxiety and depression. Evidence also suggests CBD can increase total sleep time and improve REM sleep.

The benefits of CBD for sleep have been researched for many years.

In fact, a 1981 review led by Elisaldo Luiz de Araújo Carlini, a Brazilian researcher from the Federal University of São Paulo, evaluates scientific literature on the topic dating back to 1972.

Carlini’s review looked at the administration of high doses of CBD on healthy volunteers and insomniacs. For healthy volunteers, doses of 10-600 mg CBD were administered, and no toxicity was found; however, many complained of feeling drowsy. A study by the University of São Paulo in 1993 showed 600 mg of CBD also induced a sedative effect for healthy people.

For insomniacs, volunteers were split into four groups, three receiving CBD doses and the fourth receiving placebo. The CBD doses were 40 mg, 80 mg, and 160 mg. Those given 160 mg reported sleeping much more and awakening less frequently than those with placebo, and all CBD groups reported less dream recall than placebo.

Another study, conducted by the Department of Neuroscience and Behavior of the Ribeirão Preto Medical School in Brazil, tested differing doses of CBD on rats.

The rats were split into four groups, three receiving CBD in either 2.5 mg/kg, 10 mg/kg, or 40 mg/kg doses, while the fourth received placebo. The groups receiving 10 mg/kg and 40 mg/kg showed increased sleep time while also increasing sleep latency during the day.

This means CBD helped the rats sleep longer while also keeping them fully awake during the day.

A case study led by Scott Shannon, an Assistant Clinical Professor of Psychiatry at the University of Colorado School of Medicine in Fort Collins, demonstrated the effectiveness of CBD oil for insomnia and anxiety on a young girl with PTSD.

The patient could not sleep alone, was constantly anxious, and displayed behavioral outbursts. Medication could not provide benefits long term, so CBD oil was implemented. Once CBD was introduced, the patient’s anxiety significantly decreased, and her sleep steadily improved over a five-month period. She also began to sleep alone for the first time.

This study indicates that anxiety can severely disrupt sleeping patterns; however, CBD is a well-researched treatment for anxiety. As a result of its ability to reduce anxiety, CBD may also reduce anxiety-induced insomnia.

The Department of Neuroscience and Behavior at the University of São Paulo in Brazil found that CBD could improve REM sleep behavior disorder in Parkinson’s disease patients.

During REM sleep, people experience muscle atonia, an event where the muscles are paralyzed to prevent people from physically acting out their dreams. However, in a REM sleep behavior disorder (RBD), muscle atonia is lost. RBD becomes more likely in neurological diseases where muscle function is lost, such as in Parkinson’s.

In this study, researchers found that CBD reduced the number of RBD episodes and had no side effects.

This effect of CBD suggests CBD could help regulate REM sleep in other disorders as well.

CBD Does Not Interfere With Sleep Architecture

A 2018 study by Brazilian scientists from the University of São Paulo, Instituto Nacional de Ciência e Tecnologia Translacional em Medicina, and the Federal University of Paraná, tested CBD on the sleep-wake cycle in healthy volunteers.

Volunteers were split into two groups, one treated with 300 mg of CBD and the other received a placebo for one night. The next night, the groups switched their treatment. No significant differences were found; however, researchers note that their study is limited because they used only one dose for one night of treatment.

The study also discovered that CBD, unlike certain sleep medications like Restoril and Halcion, does not alter or change sleep architecture (the natural progression of sleep stages). Changing sleep architecture can lead to less deep sleep, cognitive dysfunction, and loss of effectiveness in treating insomnia.

Thus, this study indicates that CBD may be safe for long-term insomnia treatment.

CBD May Improve Your Sleep

Sleep is one of the most critical aspects of a healthy lifestyle, yet many people in America are struggling with a sleep disorder of some kind. This sleep deprivation can be potentially dangerous as it affects quality of life and may endanger lives, especially when considering the accidents caused by drowsy driving.

Thankfully, decades of scientific research is highlighting CBD’s many therapeutic sleep benefits. While more research is needed to consider CBD’s effects as concrete, its promising results and excellent safety profile are perfect reasons for sleep disorder patients to be excited about an alternative to traditional medication.

From treating insomnia to improving REM sleep, CBD is a safe and viable treatment for helping people get a good night’s rest.

Have you used CBD for a sleep disorder? What kind of results did you achieve? Share your story in the comments! 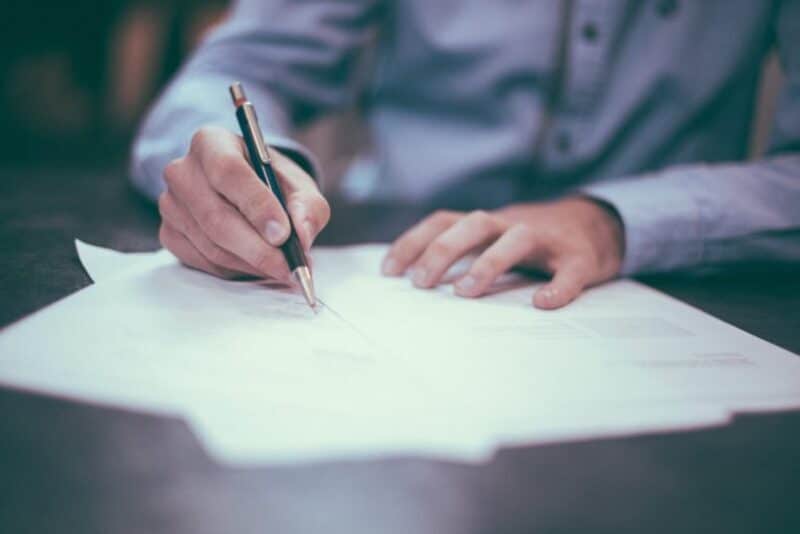