The Limonene Terpene: What Is It and What Are the Benefits? For every frontrunner like CBD, THC, and other hotly debated cannabinoids native to this small family of plants, there are dozens and dozens of “ensemble members” working quietly in the background to enhance or otherwise modify each strain’s healing properties.

D-limonene is just such a compound, classified officially as a “terpene.”

Cannabis plants contain an estimated 200 terpenes, depending on the strain and other factors. In the case of the limonene terpene and several others, these aromatic compounds can promote healing effects both on their own and in their native environments (i.e., the cannabis plant).

CBD taker or not, there are many ways to take and potentially benefit from limonene, one of the most abundant terpenes in nature.

Before we get into the “how,” let’s cover the more prudent questions like “What exactly is this stuff?” and “Why should I take it?”

What Exactly Is Limonene?

As mentioned, the limonene terpene is one of the most ubiquitous in the natural world, found in the peels of several citrus fruits as well as conifer trees, and of course, cannabis plants.

Fittingly, it smells like oranges or lemons, depending on the nose.

Limonene is most often observed as a colorless liquid when extracted without chemicals, but in some cases, it can take on a faint yellow color.

Limonene is most often referred to as “d-limonene,” a term denoting its most common chemical structure.

As a naturally acidic and aromatic compound, the limonene terpene serves nicely as a cleaning solvent, and it’s even used in industrial degreasers.

Often paradoxically labeled as a “volatile” substance, limonene’s adaptive purpose in its native environment is to fend off would-be predators with its bitterness.

Even though this substance found in orange peels, lemon rind, lime rind, and other citrus fruits is technically a biological defense against predation, it’s not enough to stop the greatest predator on the planet from stomaching the bitterness in hopes of harnessing its many potential health benefits.

We won’t go so far as to say that CBD and THC are unfairly credited for the work done by the limonene terpene and its accomplices, but it’s important that consumers understand the entourage effect.

Consuming a broad-spectrum or full-spectrum CBD product allows you to enhance the effects of these highly bioactive (meaning they affect changes in our physiology) cannabinoids with the help of terpenes like limonene.

As such, you’re likely to see many of the same healing properties repeated from terpene to terpene, so long as they’re also bioactive.

The limonene terpene, which has been objectively linked to anti-inflammatory, anti-carcinogenic, and anxiety-fighting effects, is no exception.

A study conducted by University of Paris-Sud researchers in Rejuvenation Research found that d-limonene and an accompanying metabolite (product or component of limonene metabolism), known as perillyl alcohol, notably decreased stress-induced behaviors in rats exposed to measured stressors.

Since limonene can “alter parasympathetic parameters as well as central neurotransmitter functions” just like stress can, per the study, the authors concluded that this influence must work in the opposite direction as the stress.

In simpler terms, stress affects our nervous systems in ways that create harmful effects for the body, and limonene counteracts this effect by somehow intervening at the level of the central nervous system.

While not wholly inaccurate, it’s a little misleading to describe limonene as a “chemotherapeutic agent,” meaning it can actively restrict tumor growth, without diving into the specifics.

There’s your clickbait headline: Orange juice cures cancer, we just need to drink more of it.

The truth is less straightforward, of course; d-limonene actually did increase tumor latency in rats, but this doesn’t mean it cures cancer.

Tumor latency describes the amount of time between exposure to a carcinogen—in this case, the chemicals that the researchers administered to the rats—and the development of a tumor.

Still, the ability to “pump the brakes” when it comes to a threat as serious as cancer can make the difference between life and death.

Speaking of cancer, inflammation might as well be lumped into the same category, because even though it may seem much more innocuous, chronic inflammation is responsible for a vast range of serious disorders.

Alzheimer’s, arthritis, diabetes, and heart disease are just the first few names on this list, so getting ahead of inflammation before it gets ahead of you is an excellent idea.

Very similar to CBD in the way in which it combats inflammation, another study from France’s Paris-Sud University in Life Sciences demonstrated that limonene “induced a significant reduction of intestinal inflammatory scores” by lowering concentrations of a protein known as TNF-α or “tumor necrosis factor alpha” in humans with colitis.

This is a whole lot to unpack at once, so let’s break it down.

As is the case with colitis—inflammation of the colon—and most other problems of inflammation, the body uses the protein TNF-α to kick off the inflammatory response.

By directly inhibiting this key inflammation factor, limonene mitigated the effects of colitis in subjects given 10mg/kg doses.

How to Increase D-Limonene Intake

Now that you know what limonene is and what it can do, let’s talk about incorporating it safely into your diet.

First, a quick disclaimer: As always, too much of a good thing can often produce undesired effects, and even though limonene is non-intoxicating, a small minority of study participants have reported nausea and diarrhea.

Most of us are already accustomed to naturally occurring limonene, however, and for cannabis users who want to increase their intake, it’s simply a matter of finding the right strain.

Marijuana users can seek out naturally limonene-rich strains including, but not limited to, the following:

CBD supplement takers will already have access to limonene with broad- or full-spectrum oils.

Though most of us aren’t so keen on chomping down onto an orange or lemon peel, you can still absorb limonene when eating citrus fruits the conventional way, and you can use lemon or orange zest to up the amount.

Finally, you can find limonene as a standalone dietary supplement, but it’s always a helpful practice to meet these healthy compounds where they live, i.e., in the company of all those supporting compounds and nutrients. Can You Eat Raw Hemp? The Benefits of Raw Hemp 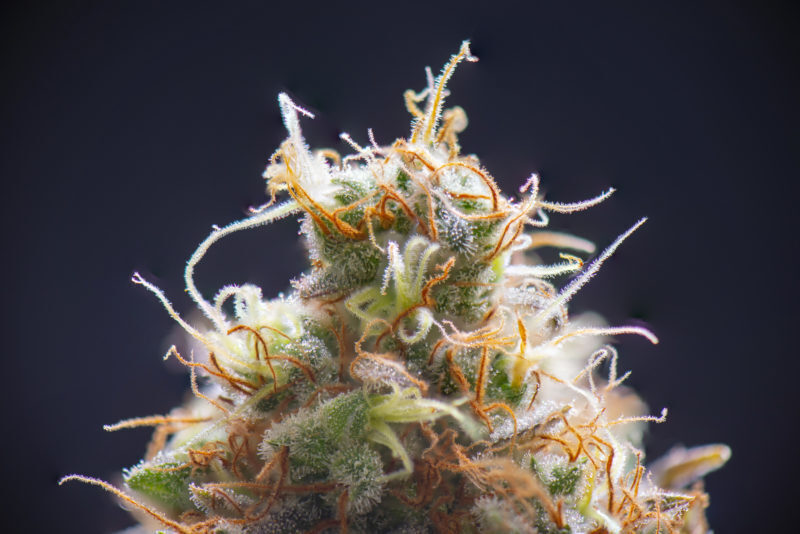