President Donald Trump’s 2021 budget proposal provides funding to the US Food and Drug Administration (FDA) for the development of policy and regulation around CBD.

The proposal states that the “regulation of cannabis and cannabis derivatives” is one of the FDA’s “priority activities.”

FDA requested a total of $5 million to “to continue regulating the usage of cannabis-derived substances, such as cannabidiol (CBD).”

Specifically, the funding will go toward “regulatory activities, including developing policy, and continue to perform its existing regulatory responsibilities including review of product applications, inspections, enforcement, and targeted research.”

FDA listed how much funding would go to four of its branches for cannabis and CBD regulation:

In addition to the above, the funds would specifically “provide ORA additional resources to regulate and inspect establishments manufacturing FDA regulated products containing cannabis and cannabis-derived compounds.”

Also, $500,000 will go to the FDA’s Animal Drugs and Feeds Program “to strengthen its capacity to evaluate scientific data related to the safe use of cannabis and cannabis derivatives in animal products.”

The FDA has been working on a regulatory pathway for CBD (technically considered a drug by the agency) to legally enter the food supply as a dietary supplement since the passage of the 2018 Farm Bill in December 2018.

A new bill filed in January 2020 by Representative Collin Peterson (D-MN), chair of the House Agriculture Committee, would define CBD as a dietary supplement and allow the FDA to regulate CBD products as such.

The bill is currently in House committees.

The US Department of Agriculture (USDA) announced that it would not raise the negligence level for THC in hemp because only Congress has that authority.

The 2018 Farm Bill defined hemp as having no more than 0.3% THC, while also establishing a negligence level of 0.5%.

If a farmer’s hemp were found to surpass the 0.5% level three times within 10 years, the farmer would be prohibited from growing hemp.

Industry stakeholders have expressed concern that certain conditions could cause a hemp crop’s THC level to exceed 0.5%, despite farmers doing everything in their power to prevent such an occurrence.

During a USDA call open to questions from reporters about the agency’s Interim Final Rule (IFR) on hemp, USDA Agriculture Marketing Service administrator Bruce Summers explained that any change to THC limits in hemp would have to come from Congress.

“To go from 0.3 to one percent would have to be a statutory change,” Summers said during the call. “In other words, Congress would have to take action. We couldn’t do that by regulation.”

He also acknowledged that farmers could do “everything possible” to keep their hemp under the 0.3% threshold, but if the crop tested above 0.3%, it would have to be disposed of.

Summers and his other USDA colleagues on the call said they would have “flexibility” on other issues, such as the 15-day window for lab testing after harvest and whether farmers must have their crops tested at facilities certified by the Drug Enforcement Administration.

Also, Summers said that all hemp farmers must be compliant with the IFR and 2018 Farm Bill by November 1, 2020, one year after the USDA released its IFR.

The USDA will open up another public comment period after the 2020 growing season, which will help inform any policy changes for the Final Rule.

The Final Rule is expected to be ready within two years of the IFR release.

So far, the USDA has approved the hemp plans of six states and seven tribes under the IFR. 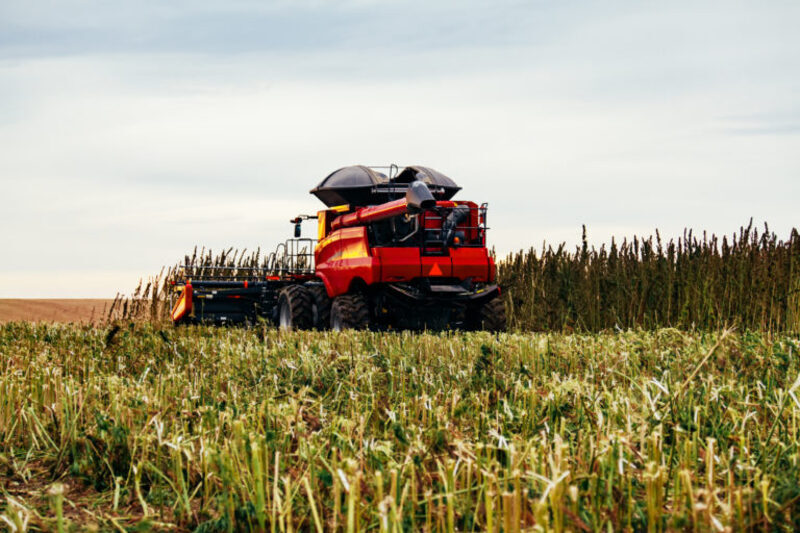